Conceived and run since 2014, TurnUp!, an annual regional music conference, held on the Sunshine Coast, QLD, is gaining recognition as the premier music industry gathering in regional Queensland and the only local event of its kind.

The mission of Turn Up is to provide a structured music industry focused event for the Sunshine Coast region that will cater to a diverse range of musicians and music industry workers.

The Turn Up! Team

The Turn Up team are passionate about bringing people from the music industry together to bond, connect and share old school style, face to face. Through these Turn Up events we are trying to encourage a sense of community within the Sunshine Coast Music Industry. 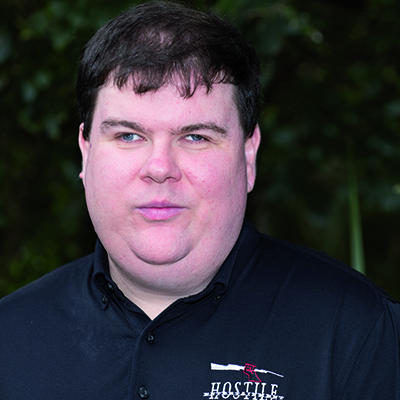 David Dean has owned and run music entertainment businesses Hostile Entertainment since 2002 and David Dean Events since 2017. David is the Sunshine Coast’s leading booking agent, publicist and promoter and works with local, national, and international original artists and bands. David also works with covers acts and bands as well as DJs and is involved in the organisation, running and promotion of all different styles of music festivals around South East Queensland.

An enthusiastic promoter of all things music, David has organised many Queensland tours for interstate acts, successfully promoted and/or booked large international and national acts on the Sunshine Coast, Brisbane and the Gold Coast. David also provides business consulting, publicity for bands and releases as well as venues, gigs and events around South East Queensland. 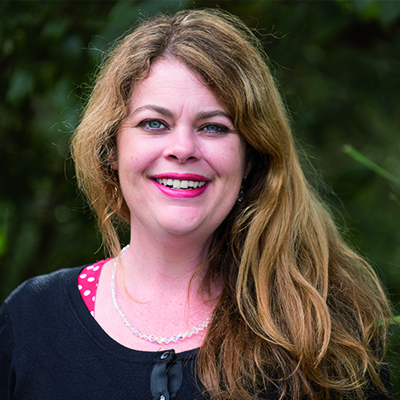 Eloise composes, records and performs music professionally for synchronisation with documentary film, television and theatre. In family folk outfit ‘Barbwire Canoe’, Eloise interchanges between vocals, guitar, keyboard and percussion as the Canoe captivates audiences, taking them on a humorous journey through Australian song.

When she isn’t making music Eloise Gallagher can usually be found where there are young people she can help to ‘make it’ in music. Eloise is a leading vocational music teacher at TAFE Queensland East Coast’s Centre for Creative and Digital. For the past ten or so years, she has taught/lectured and co-ordinated a range of programs including the Diploma of Music, Diploma of Music Business, Diploma of Sound Production, and the Bachelor of Music (Contemporary) in partnership with Central Queensland University. 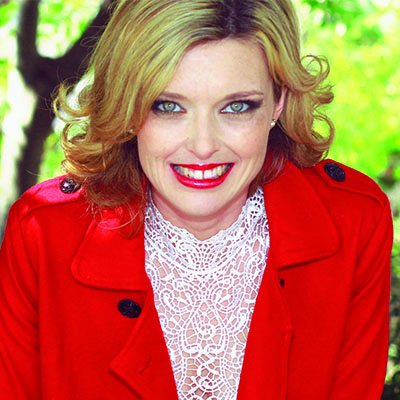 Katey’s desire to do something different every day has given her opportunities to work in a variety of performance and creative mediums including Scriptwriting, Stage Performance, Tropfest Actor, Professional Dance, Concept Designer, Songwriter, Musician, Puppeteer and Puppet Maker.

In 2006, Katey began studying Sound Engineering completely by accident. She signed up for music but was told if she joined the sound course they would have enough students to run a class that year. Since then Katey has worked behind the scenes doing something different every day. Katey has played the role of Stage Manager, Production Assistant and Backline Bitch for Australia’s leading concerts and festivals. She even makes a mad cup of tea, which has scored her positions on international television productions. 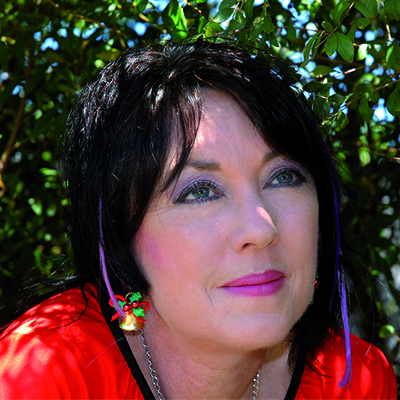 Andrea Smith is an icon of the Queensland music industry. She has worked in various roles including venue, event and artist manager, music business educator and grant writer. Andrea started working in the music industry quite by chance, running the iconic original music venue The Orient Hotel and nurturing acts and musicians such as Powderfinger, Screamfeeder, Custard and Regurgitator.

Her 20 years and counting as a music business educator has seen a heap of graduates all over the world doing music as a business including well-known artists such as multiple Queensland Music award winning 8 Ball Aitken, Jen Boyce – Ball Park Music, and award-winning composer Donna Dyson and staff at APRA AMCOS, Splendour in the Grass, Dew Process, Secret Service The Old Museum and more.

Andrea has a passion for helping performing, visual and craft artists become more sustainable as a business. She is works as a Success Strategist for Creatives at Applause Genie, managing mentoring sessions, creative business events and grant writing services. She is currently writing a book on copyright for small business. 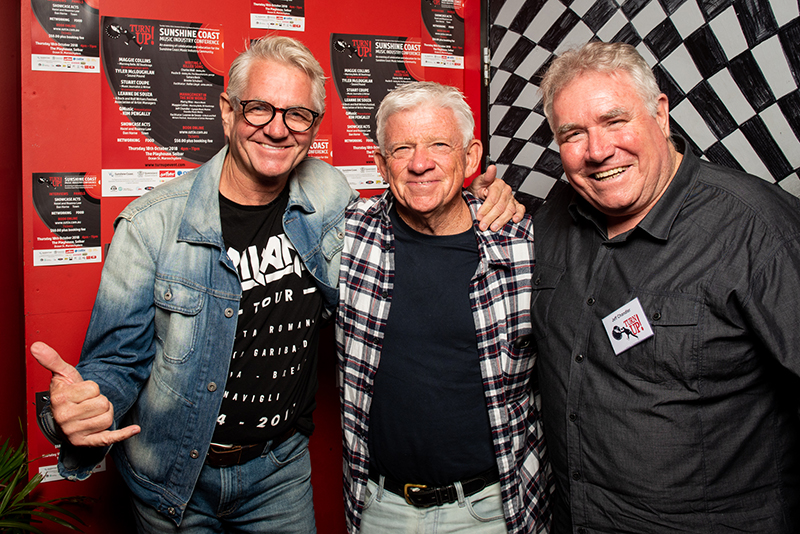 DENNIS DUNSTAN started his music career as a drummer, but is best known for artist management , working with Fleetwood Mac, Air Supply and Men at Work Dennis has worked as a session drummer in the UK and Australia and on Fleetwood Mac’s Rumours tour, when offered work for Fleetwood Mac in the US. Dennis hopped on a plane to LA, and a job that was supposed to last three months turned into nearly three decades. He stayed on with Fleetwood Mac for the making of the Tusk album, and became Mick Fleetwood’s personal manager, later working with Men at Work, Air Supply and Billy Thorpe among others. Dennis now resides on the Sunshine Coast, managing artists and events.

BARRY BULL is a multi-award winning retailer who for over twenty – five years kept his iconic Brisbane business Toombul Music, in the spotlight of the Australian music industry. A former musician, and national record company executive, his business went on to win over thirty Westfield retail awards including the prestigious National Individual Specialty Retailer Award three times. In 1997 was an inaugural inductee into the Westfield Hall of Fame in recognition of outstanding retail achievement. In 2001 Barry was presented with a Westfield Legend Award, and in 2003 was honoured with a Commonwealth Centenary Medal for distinguished achievement in business. Barry was awarded the Medal of the Order of Australia (OAM) ‘for services to performing arts, through music’, in the 2019 Australia Day Honours List.

STUART COUPE is an Australian music journalist, author, band manager, promoter, publicist and music label founder. He is best known for his work as a rock writer with Roadrunner (Australian music magazine), RAM (Rock Australia Magazine), The Sun-Herald, and Dolly (magazine); the music labels, GREEN Records and Laughing Outlaw; and the author of books including The Promoters, Gudinski, and Roadies. Coupe is a former manager of the Australian bands Hoodoo Gurus and Paul Kelly and is currently a presenter on Sydney radio stations 2SER and FBI Radio. He is also known for his writing as a reviewer of crime fiction for the Sydney Morning Herald and for founding the Australian crime fiction magazine, Mean Streets.

LEANNE DESOUZA is a highly-respected veteran of the Australian music industry. With 25 years’ experience working in artist management and events she has represented various high profile, award winning, commercially successful and critically acclaimed contemporary musicians. A long-standing champion and advocate for contemporary music Leanne was a foundation board member of the Queensland Music Network (Q Music) Executive Director for the Association of Artist Managers (AAM) and a Trustee of the Queensland Performing Arts Centre (QPAC). As an entrepreneur, Leanne is the founder and director of the Rock and Roll Writers Festival. As a sought-after curator, consultant and facilitator, she works extensively across art forms and with Aboriginal and Torres Strait Islander peoples nationally.

CINDY VOGELS is an Australian fashion innovator and designer, Cindy Vogels, dresses the music, with a difference. Cindy creatively collaborates with artists on one-off, obscure and beautiful garments, with her costumery and fashion featured on screens, stages and red carpets across the world, including London Fashion Week, the ARIAs, Eurovision Australia and a Christian Louboutin campaign with guitar-slinging artist, Jaguar Jonze. Winning awards and launching her first fashion label at just 16 years old, Cindy Vogels was cast into the international spotlight when her handcrafted feather crown was worn by pop sensation, Lady Gaga in a 2017 performance with the inimitable Tony Bennett. Cindy has since dedicated her unique talents to the music industry, growing an enviable portfolio of strong, striking designs, including the eclectic outfits for iconic rock band, Regurgitator’s 25-year anniversary tour. A multi-talented creative, Cindy is also an event producer and creative director, founding both CollabAnation, a live arts performance movement promoting creative collaborations across Australia, and Space Girls Festival, a vibrant event committed to delivering 100% female programmed events. Stay in the Loop

If you'd like to be kept in the loop and updated with speaker and panel announcements for our conferences and events, just sign up below and we'll send you an email with updates as they happen.